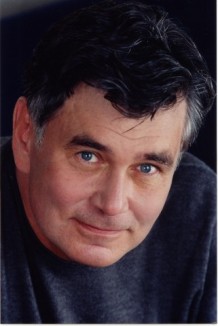 Eugen Indjic – a laureate of the 4rd award from the 8th F. Chopin International Piano Competition in Warsaw(1970). Eugen Indjic was born in a family mixed of Russian (mother - amateur pianist) and Serb (father - oficer of a high rank). When he was 4, he together with his mother emigrated to Springfield near Boston. Ge got interested in music accidentally under the influence of hearing a recording of Impromptu in C-minor and the Polonaise in A-flat major by Chopin. Because he wanted to play these songs, the age of eight began systematic piano lessons with Georgian Lubow Stephani. After two years, she introduced him to Alexander Borovsky, who for the next five years was his master of piano (1959-1964). He studied piano at the Juilliard School of Music in New York with the assistant of Rosina Lhevinne Lee Thompson and Mieczysław Münz (1965-1968) as well as simultaneously at Harvard University (1965-1969) in Lorin Berman and Leon Kirchner classes (theory, composition). In 1968, he came into contact with Artur Rubinstein, with whom he was taking a private consultations in New York or Paris for over ten years. In the years 1965-1972 Indjic spent holidays  lessons with Nadia Boulanger in Paris and with Clifford Curzon in Fontainebleau. Before leaving for the Chopin Competition in Warsaw in 1970, for a few months he had worked with Witold Małcużyński in Majorca and Konstanty Schmaelingiem in Paris.

The pianist is a laureate of the three international piano competitions: 4rd award in Warsaw (Chopin Competition, 1970), 3rd award in Leeds (1972) and 2nd award in Tel Aviv (named after Artur Rubinstein, 1974).

For the first time Indjic made a public appearance at the age of 10 - with the school orchestra in Springfield in the Piano Concerto in D minor by Mozart. At the age of eleven he was already playing Campanella and 12th Hungarian Rhapsody by Liszt, and two years later he performed with the Washington National Symphony Orchestra the Piano Concerto in E flat major by Liszt (1959). At the age of 14 years, with the same orchestra, he played the 2nd Brahms Piano Concerto in B flat major. The same piece he presented again in 1965, performing with the Boston Symphony Orchestra under the direction Erich Leinsdorf - he was then the youngest soloist of the famous orchestra!

In the years 1961-1969 Arkady Fiedler invited each season a juvenile pianist to participate in a summer festival with the Boston Pops Orchestra at Tanglewood.His first concert tour (13 concerts) Indjic held in Denmark (1963), together with Professor Aleksander Borowski.

The artist has performed in all European countries (so far apart from Bulgaria and Hungary), North and Central America, Africa and the Middle and Far East. In Poland Indjic is a frequent and popular visitor. Music critics emphasize his great talent, thanks to which "He plays Chopin as a Pole, Débussy as a Frenchman and Prokofiev's as a Russian."

The pianist has made many recordings for record companies Recordings Polish "Muse", Columbia, RCA Victor, Claves, Calliopé, on which he commemorated the Chpin pieces (piano concerts, 4 ballads, all the mazurkas, Sonata in B-minor, Sonata in H minor, Berceuse, Fantasy in F minor), Débussy, Schumann, Prokofiev well Beethoven and Saint-Saëns (on the Rachmaninoff's  piano in the studio RCA Victor).