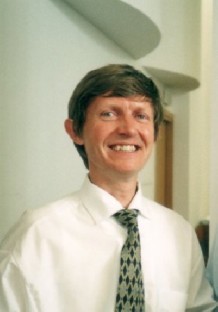 He graduated with honors from the Academy of Music in Gdansk in music theory and composition. At the Academy of Music in Cracow he defended his doctoral thesis in composition (under the direction of prof. M. Stachowski) and postdoctoral lecturing qualification in composition and music theory. Since 1987 he collaborated with Witold Lutoslawski. He is the laureate of various main awards in many competitions for composers, inter alia in Gdansk, Tarnów, Bydgoszcz, Cracow, Lublin, Będzin and Krasnystaw, where he is currently living and working. Mariusz Dubaj received the highest cultural award of the city of Lublin and Lublin Province. His pieces were performed at many concerts and festivals in the country (including the "Warsaw Autumn", National Philharmonic) and abroad (England, Denmark, France, Germany, Netherlands, Japan, Portugal, Hungary, Italy, Ukraine, USA), recorded to CD (including the Polish Radio in Warsaw), issued in print (such as PWM in Cracow). Mariusz Dubaj  made ​​a reconstruction of the Polish national anthem with a chorus developed by F. Chopin (PWM 1999). He invented a patent for a double repetition in piano (1991). He is the initiator of the establishment of Lublin Division of ZKP, the co-organizer of the concert series "AKORD" and the researcher at the Faculty of Arts at University in Lublin.